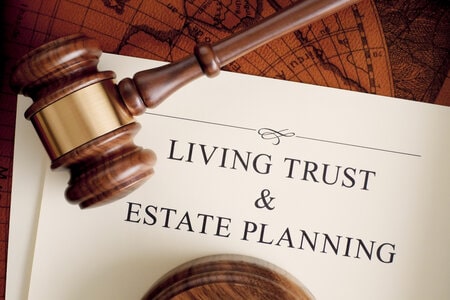 It’s not uncommon for emotions to run high when family members make wrongful claims to a loved one’s estate. Quibbling over who really was to get that jewelry case, or the heirloom chairs can be solved by giving specific instructions in a simple will: it’s all a part of effective estate planning. Having a plan will help avoid sibling rivalries from ever starting.

Be specific in naming recipients of assets.

Unfortunately, without a will would-be heirs are left with the prospect of court settlements, or relying on a scribbled note laying out the deceased’s wishes, only to find out that such ‘documents’ signed without a witness, or even notarized signatures, may prove difficult to rely on.

But even vague language in the will may prove a headache when it comes to deciphering intentions, such as using the phrase “as they may decide” instead of providing a list of items for each beneficiary, as noted in a Wall Street Journal overview on estate planning and wills.

Parents, should not dismiss the human tendency to quibble over the family possessions, even when the will clearly spells out the disposition of assets. Often forgotten, or downplayed by parents, is the “emotional attachment” of family items, for example, a ring, may have to one child—even though it’s actual value is minimal.

As such, it behooves a parent to initiate conversations with their children about what possessions are too important to them to minimize surprises later on. Moreover, attempts should be made by the parent early on to short-circuit expected conflicts as well as “right any perceived wrongs.”

Over time, possessions change hand during the lifetime of the parent. Therefore, it is crucial that the will is updated to account for major changes in distribution. What’s more, in an effort to keep things as ‘equal’ as possible, if an heir receives an item whose value is in the stratosphere, a “legacy cash” disbursement can help smooth out such gaps.

The use of the ‘no contest’ clause…

When it comes to appointing an executor(s), parents should see potential problems with selecting two siblings who have never gotten along, particularly if the will does not spell out who-gets-what. In such cases, it might be better to use a local bank or other financial fiduciary as the executor. If hot disputes are anticipated, then the will should include a ‘no contest’ clause:

“…it provides that anyone who contests the will forfeits the bequest he or she has been provided…(and) there has to be enough incentive for the potential contestant to accept the bequest under the will, rather than lose everything if the contest is unsuccessful.” Sharon Klein, managing director of family office services / Wilmington Trust in New York.

It is not uncommon, of course, for parents to rely on one family member to provide assistance in their declining years; this, because they are geographically closer and not because of favoritism. As sometimes happens, the parents may have loaned that family member a sum of money. This situation can create untold bad feelings when during the settlement of the estate, particularly when the will states that everything shall be divided equally.

‘Equalizing’ the estate may grant loan-forgiveness.

As compensation for the child receiving the yet unpaid loan, the will can dictate that the estate should be “equalized” to reflect the sum of money loaned to the other sibling. Or, the will can simply ‘forgive’ the loan amount as gratitude for the family member’s assistance in the latter stages of their life.

Naming a family member as an executor is less expensive than appointing a bank to act in that capacity. Of course, each state has its own statutes regarding executors as well as fee schedules. But even if children battle over that silver tea-pot, and the bank is the executor, the next step may require appointing an attorney to help settle the dispute.

Contact us to begin this very important discussion about the need for estate planning, including the use of living wills and living trusts.

About the Author: Wealth Guardian Group