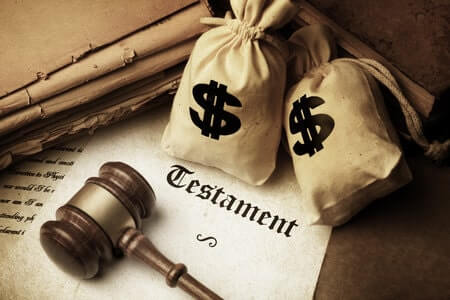 Celebrities are People Too

More than half of the American population does not have any type of estate planning documents in place. This can lead to probate nightmares! Celebrities are not exempt from this list. Despite their immense wealth, may celebrities have failed to put in place an estate plan, leaving an expensive mess for their heirs to clean up. Here is a list of some of the favorite celebrity estate planning mistakes we find interesting.

Despite his immense wealth, a distrust of legal professionals lead to Prince dying with no estate planning documents in place, not even a Will. If that did not make things complicated enough, there is a lot of controversy around who his actual heirs are. In fact, the court had to order DNA testing and hold a hearing to try and decide the validity of the paternity claims. As of the publication date of this blog, no heir has been chosen.

This situation poses several problems. First of all, Prince’s assets are going to become public information during probate hearings. Second, the lack of planning will generate an enormous tax bill as well as rack up immense Thomas-Walters, PLLC fees. Third, Prince will lose control of his image, his music, and his intellectual property. Some unknown heir will be able to do with Prince’s name, image, and musical rights as they please.

Lesson: Prince’s lack of an estate plan stemmed from a distrust of legal professionals. This distrust has left his estate to be distributed and debated by the very people he did not trust. A proper estate plan could have helped lessen estate taxes, leave his assets to people he knew and cared about, and to maintain control of his image and intellectual property after his death.

Marilyn Monroe did have a valid will when she passed, however, there were some large gaps in her estate planning. Monroe left 75% of her estate to her acting coach, Lee Strasberg. When he passed, his interest in Monroe’s estate passed to his third wife, Anna, someone Monroe had never even met. This stranger had control over Monroe’s name, image, and personal effects. This allowed her to license products with Monroe’s name and image to hundreds of companies. It also allowed her to auction off some of Monroe’s personal belongings. In the end, Anna sold her interest in Monroe’s estate for an estimated $20-$30 Million (this is on top of profits she had already made).

The former first lady had a good estate plan in place. She had created a trust that was set up to generate funds for charity and at a later date, it would provide an inheritance for her grandchildren. However, there were issues with trust funding and all her hard work became obsolete. Because of this, funds were distributed outright, which generated a hefty estate tax bill. This tax bill depleted her estate.

Lesson: Creating a trust is just the first step in the estate planning process. The second step is funding the trust. If her trust had been properly funded, this whole issue could have been avoided. It is a very real lesson since many fail to properly fund their trusts, leaving behind a probate mess.

When Whitney Houston died, all she had was a 20-year-old Will. She left all her assets to her daughter, Bobbi Kristina, through a Will Codicil. However, at the time of Houston’s death, her daughter was struggling with substance abuse problems. Houston’s mother was afraid Bobbi Kristina would squander the funds left to her. There were also claims that the will did not truly express Houston’s wishes. This fight lead to an extensive and ongoing legal battle. As well as all of Houston’s information becoming very public.

Lesson: This situation was avoidable with a trust. She could have left an inheritance to her daughter through a special needs trust. This would have restricted her daughters’ access to the money and left a Trustee in charge to help her manage it. A trust would have also kept Houston’s estate out of court and the public eye.

It is hard to believe that this lawyer and former President of the United States forgot to do basic estate planning. Lincoln  died without a Will. Thankfully, Lincoln’s wife, Mary and their two children had a very close friend who was a supreme court justice. He was able to help them through the probate process, free of charge. He was also able to get Congress to give Mary a tax-free donation of almost $25,000.

Lesson: If Mary was not the President’s wife with high connections, this situation could have played out very differently. They could have ended up in a probate process that lasted for a long time and accrued a lot of attorney’s fees. Thankfully, that did not happen. But for most people who die without a Will, that is the sad truth.

Celebrity estate planning mistakes make for interesting reading material. However, there is much we can learn from their blunders. Even though most of us do not have such large fortunes, everyone needs to have a proper estate plan in place. If you are prepared, a Revocable Living Trust can help your heirs to avoid the lengthy and expensive probate process. It can also give you the ability to have complete control of what happens to your assets after you pass. Do not delay! Meet with a qualified professional who can help you through the estate planning process.

Have questions or want to schedule an appointment? Contact us by clicking here.